In today’s date, smartphones are not just smart but well designed and innovative too. Since upgrading to technology has become an integral part of our life, we wish to keep up with trends. Our cellular devices help us multitask through apps and offer several benefits through the features. It is time to check out the current trends to find out which phone you’d want to switch over to in this year.

How to shop for a new smartphone?

To shop for a smartphone, we go through a lot of details such as the brand manufacturing the device, the hardware and the software installed. Many of us often get carried away by the design of the phone. As per research, a visually attractive smartphone makes it 50% more sellable. Phones are designed in such a way that they tempt the buyers to make an impulse purchase – sometimes without knowing every tiny detail.

Pixel 3 is another device of the Google Pixel product line and an upgraded version to Pixel 2. The smartphone was launched sometime during October 2018. It is a premium smartphone priced at around $850.

If you are fond of the Pixel series then you must check out the Pixel 3 and Pixel 3 XL. It is fast, easy to use, and comes with Android Pie. It offers a pure Android experience, updated security checks comes with a superb Google camera and helps you multitask. Since it is a Google product, all the software is upgraded according to the current tech-scene.

Being introduced to the global market in the recent past, One Plus has delivered some of the brilliant smartphones. They have changed the course of smartphones produced in the market. One Plus 6T is one device on which we are still drooling due to its amazing features. Priced at around $550 this smartphone is a beast.

This is second in this list as the Pixel 3 is under the limelight due to its camera performance. The 6T is no less in terms of overall performance though. The huge 8GB RAM, the water-drop notch design and the latest Android Pie 9.0 software out of the box has drawn a greater amount of consumers towards itself. The Android smartphone gets monthly security updates from Google. Even though the phone was launched by the end of October 2018, it is still one of the best smartphones to look out for in 2019.

With their tagline, “Next is what?” Samsung tends to astonish their customer with every upcoming product. Here is another for which you can pitch in.

S9 by Samsung is a part of the Galaxy S series which has been a popular smartphone series in India for the past few years. The smartphone is a premium one and is priced at around $530. The S9 comes with the newly launched Qualcomm Snapdragon 845 processor. It runs on Android Oreo 8.0 but has received the Android Pie 9.0 update too.

The phone was launched last year but it is still the talk of the town due to its performance. Until S10 is launched in the global market, the S9 and S9 plus will be ruling the market. It comes with all the latest technological support and an appealing design.

The G7 ThinQ device by LG is the successor of the previous ThinQ branded devices. Even though the smartphone is priced at $650 approximately, it appears at number 4 in this list. This is because the company has tried to match up the levels of Samsung Galaxy S9 and S9 plus but failed at pricing their product.

Although this is much more expensive than the S9 it delivers similar features in terms of hardware and software. Two aspects that grab attention are the stunning design and a few out of the box features offered by LG only. It is a powerhouse for music with a superb speaker and a pair of earphones that shut the world away.

The Z3 Play by Motorola is an amazing buy for you in 2019. It was launched during mid-2018 and priced at around $390 only. The phone is a technological asset to the smartphone industry. It is a unique device designed by Motorola and has received a lot of love globally.

The phone is handy, looks brilliant and the 6GB RAM management levels up the rest. Motorola has always tried to cater to regular updates from Google in their smartphones and Z3 continues to do the same. It comes with Android Oreo 8.1 and has received the Android Pie 9.0 update too.

Redmi Note 5 Pro by Xiaomi was a game changer in the smartphone industry. It was launched in mid-February 2018 and was priced $250 approximately with 6GB RAM and 64GB ROM variant. It comes under the budget phones segment which had a huge impact on other smartphones of that price range.

Packed with Qualcomm Snapdragon 636 processor, dual rear camera and an amazing 20 MP front camera, the smartphone is stealing markets. The following product Note 6 Pro couldn’t beat the performance of Note 5 Pro as yet.

This is the list of smartphones which you can look out for in 2019 until there are other technological beasts unleashed to rule. These products are currently doing well but are soon to get overpowered by the upcoming. If you’re willing to buy a cellphone now, you can choose any of these. If not, wait for a few more months and then check the trends again. 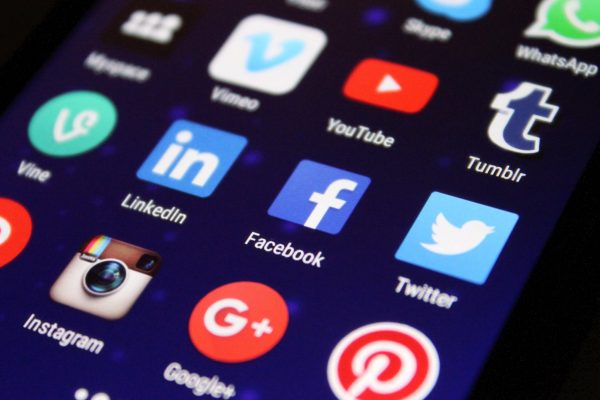 Why Brands Prefer Social Media to Promote Their Business?

How to Get Success in Marketing as a Woman by Going Digital?

Take Time To Scrutinize Different Car Chargers Before You Buy

You will need to sift through different websites and find out the best car charger for your device. It is...